Doug started his design career in the fabric sample room at Holly Hunt, Ltd. in the Merchandise Mart, and after a brief interlude with a local interior design firm, returned to Holly Hunt as Director of Design. He was 24.

Doug started the Holly Hunt Design Studio. He was the creative director and was responsible for all architectural, merchandising, and image design for Holly Hunt showrooms nationwide. He designed product for the Holly Hunt Collection, including furniture, lighting, and hand-woven carpets. He also consulted on image and coloration for Great Plains, the textile division of the Holly Hunt line. Doug shepherded the prototyping, merchandising, and promotion of Christian Liaigre’s furniture, which was licensed by Holly Hunt, Ltd. He also designed for the company’s private residential clientele. Doug resigned his position after eight years to start his own firm, L Design, now called L Corp.

Doug has been in partnership with Bright Chair Co. of New York for many years. Bright approached Doug with an opportunity to re-image the entire company – an extensive, comprehensive project that included designing several new product lines, editing and re-styling existing product, complete renovations of their Chicago and New York showrooms, and opening new locations in Boston and Dallas. The collections are sold in the most prestigious showrooms in the United States, Canada, and England.

Doug maintains only a handful of private residential clients, choosing projects that interest him conceptually, so as to devote as much energy as possible to each client. His furniture and interior design reflect a consistent aesthetic – clean lines, lean profiles, and sublime, precise detailing. His is a refined, forward-thinking style that has been recognized throughout the industry. 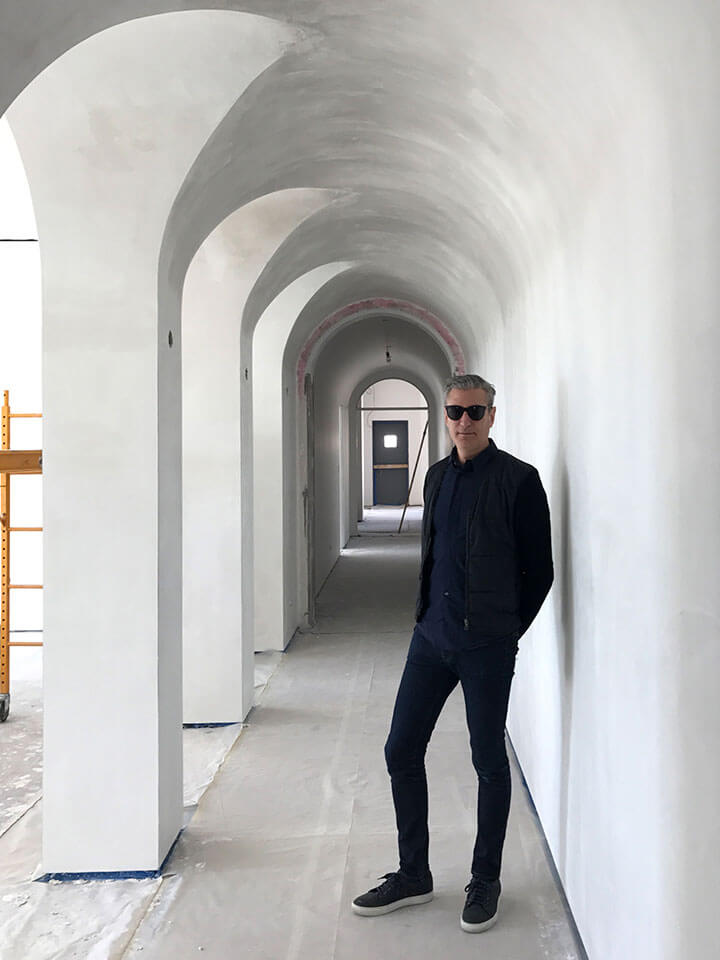